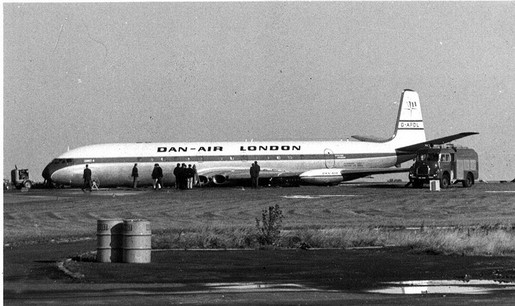 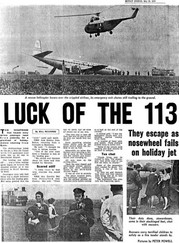 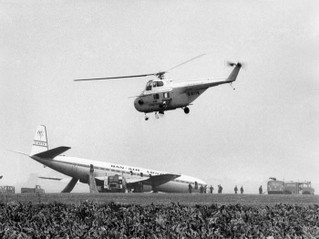 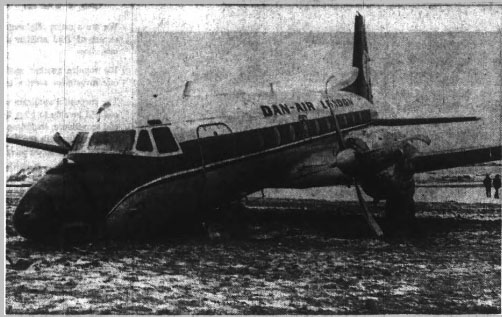 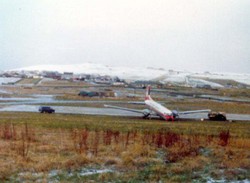 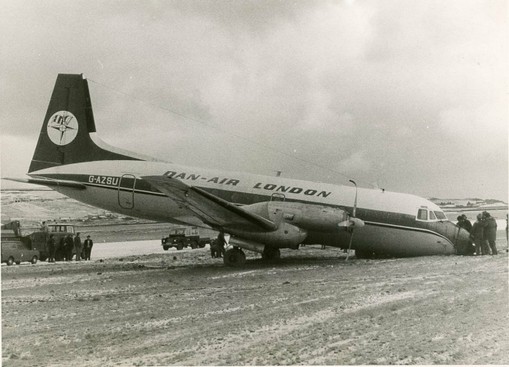 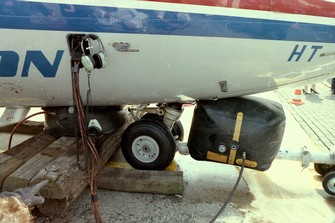 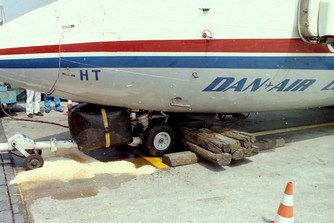 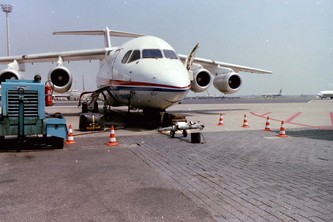 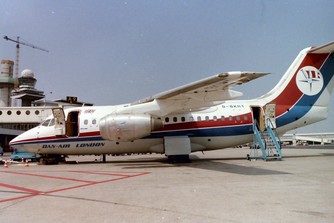 All The Above Pictures, supplied by Ton Smulders can be enlarged. 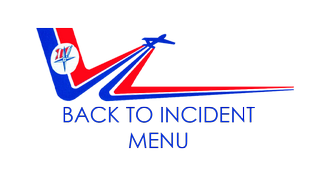 David Greer
Missing on the list: May 1990 HS748 G-ATMI had a near miss enroute from Berlin-Tegel to Saarbrücken/Germany west of Frankfurt/Main with an F-15C of the USAF out of Bitburg AB, Germany. Crew and Pax unharmed.


The pic of the 727 collding with the jetbridge occured in late septmber 1988 (it was a friday) whan 727 G-BKAG was taxiing under own power from the hangar area to position 1 (Mechanic Günther at the controlls) at Berlin Tegel. Ground staff of Dan Air operating the Jetbridge (Bettina?) got a shock. overwise nobody was hurt.

Richard Maile
I wondered if there was any record about the following flight? We were on a flight from Thessaloniki Greece to Gatwick. However, we stopped off at Athens for people to get off and on. The take off was very lumpy on take off and the plane flew at a unusual angle for time. We were told that we would need to land as there was a technical issue. Rimini weren’t able to accept us. We proceeded to Venice and given instructions for an emergency landing. The captain said that a tyre had burst on take off and believed rubber had had an impact on the plane’s hydraulic system. We were in the brace position and the landing was very rough. Emergency vehicles rode parallel to the aircraft and when the aircraft stopped they applied foam to the front of the vehicle. The front wheel and tyre was damaged and I remember the heat generated from the friction when we were landing. A very scary event. After about 12 hours we were flown on another Dan Air flight back to Gatwick. At one point we were put in a coach and driven to a nearby restaurant as Venice had no food. They didn’t bother about security or any checks!