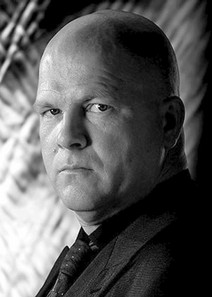 Well bloody hell! That looks like me with Capt Jackson in the picture on your website, although as the ATC slot guy, I usually sat on the left of the controller position! The right hand seat was the guy in charge of updating the boards as the telex operator was in the little room just off to the right! Alternatively, it could also be Neil Stewart! We had similar 80's style haircuts in those days and we both wore glasses at the time.
Ah, the good old days of the plexiglass boards & chinagraph markers, long before Operations Control Management systems were ever invented! I seem to remember Dan pioneered computerised flight ops systems with a very clunky mainframe based system that was more of a record keeping system than a Operational tool but during my time we never got past using both systems as the computer system was so unreliable and rarely worked!
My name is Forbes Keir-Bucknall and I joined DA as a Traffic Assistant/Baggage Handler/General Dogsbody at Inverness in Apr '85, transferring to Gatwick as a Crewing Assistant in Apr '86 then onto Operations Assistant later the same year. I left as an Assistant Operations Controller in Feb '90 when I moved out to Dubai to take the role of Operations Officer for Dubai Air Wing, the Royal Flight, which I held for over 9 years! I then moved to Italy in May '99 to join S.I.T.A. as an Account Manager and Flight Operations Specialist relocating to their Head Office in Switzerland in Feb 2001 when I was offered the position of Senior Sales Manager for Europe, the Middle East and Africa. I left S.I.T.A. in Feb '04 to return to the UK to launch my career as a Film & TV actor, something I had burning away at the back of my mind all the way through my 19 years in the aviation business! I've been at it now for just over 6 years and, although still waiting for my "big break" I'm loving what I do and every day is different!
I'm married to Karin and have 3 children! Ashley who is studying Journalism, Ramsey who is studying Law and Alexander who is studying the Super Mario Brothers but that's OK as he is only 9! :-)
Regards,
ForbesKB
http://www.forbeskb.co.uk
Back to content