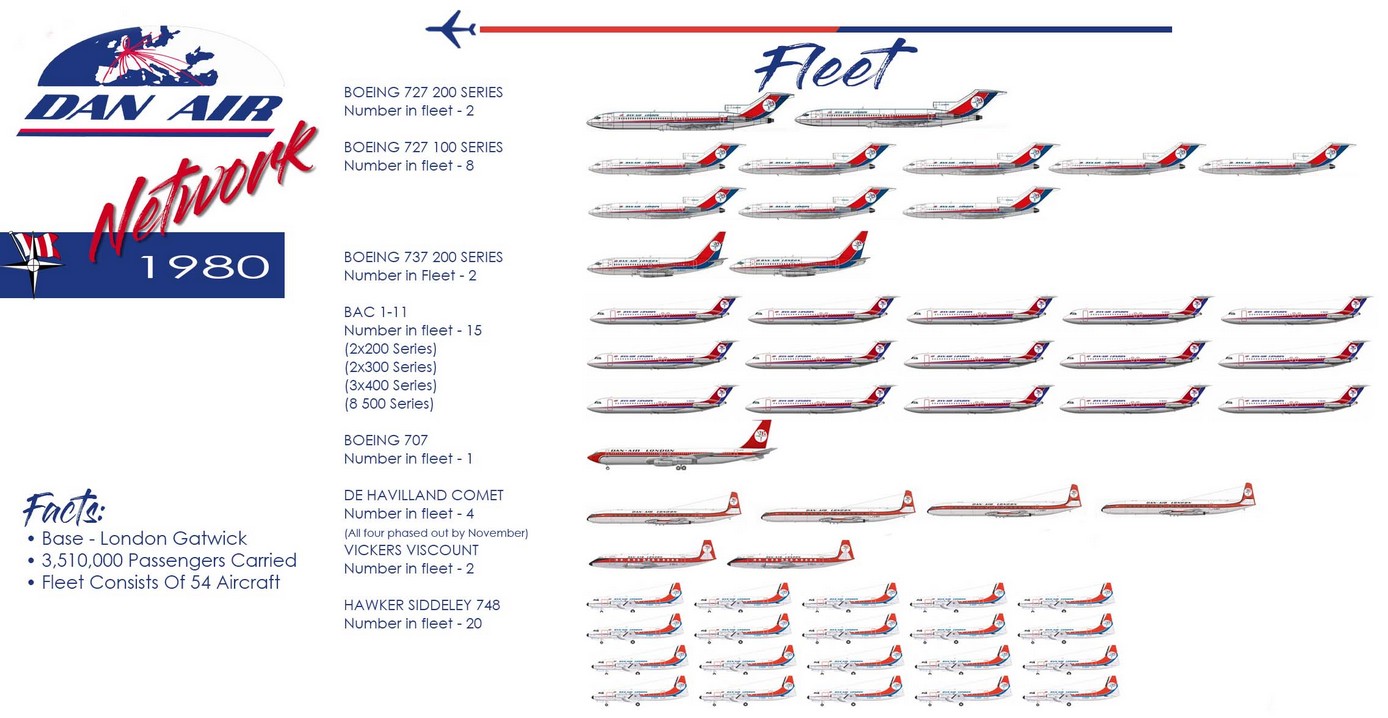 Dan-Air had decided to scrap all remaining services flown from Lydd into the Channel Islands. The transfer of Lydd services into Gatwick had been a successful operation. The Aberdeen-Gatwick service had been profitable from its inception. For two nights over the On Burns Night period, passengers would be given shortbread and a 'drop of the waters'. Dan-Air were also pleased to be secure a two year deal with Shell UK for the charter of two HS748 aircraft. Stengthening the position as the number one airline for oil related charter flights.
A new livery had begun to appear on aircraft from 1979. As each aircraft underwent maintenence. The new look was applied. The livery was even applied to some of the last Comets that were scheduled to leave the fleet no later than the end of 1980. The faithful Comet had reached the end of service now. At the start of the year four of them were in service. They were used less and less as the year went  on, mainly as replacement aircraft when aircraft had technical issues. 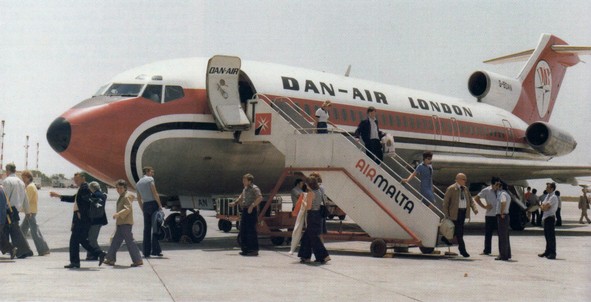 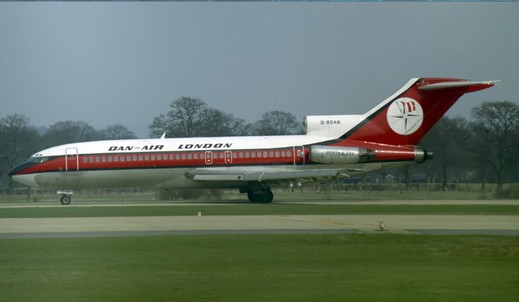 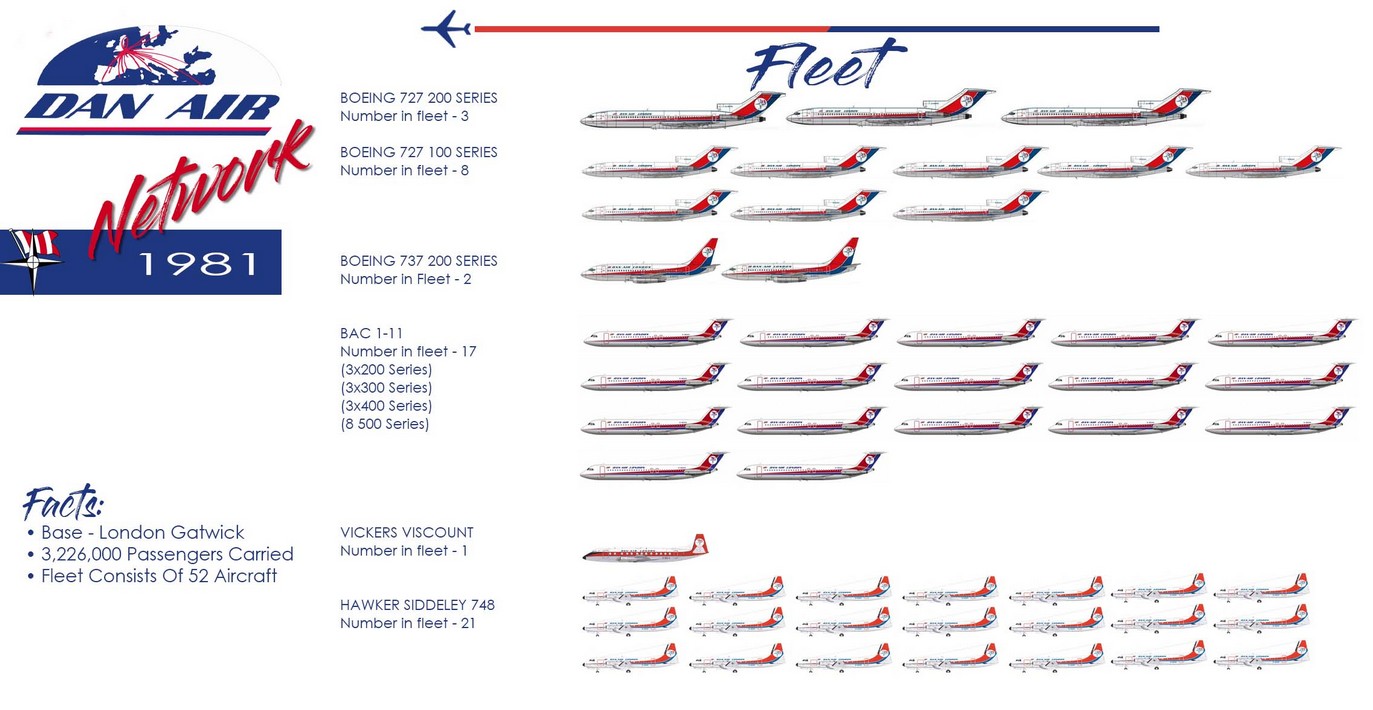 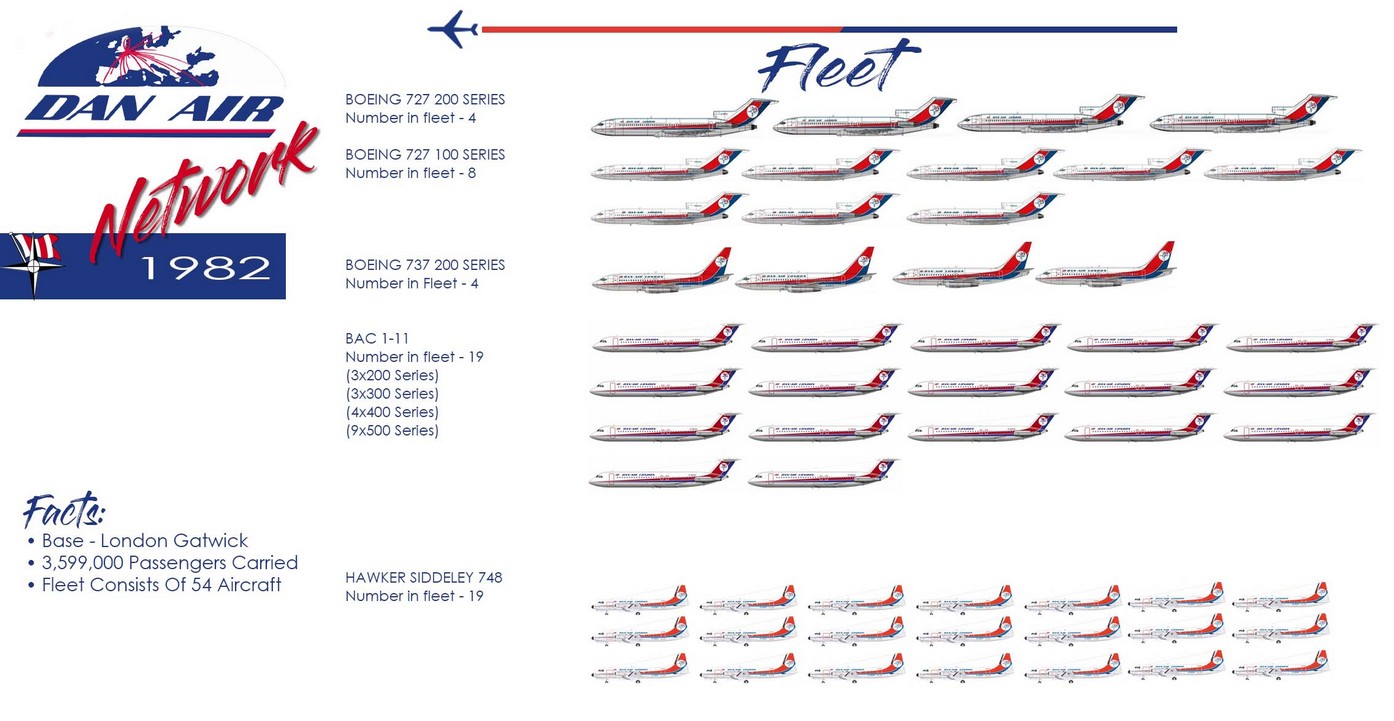 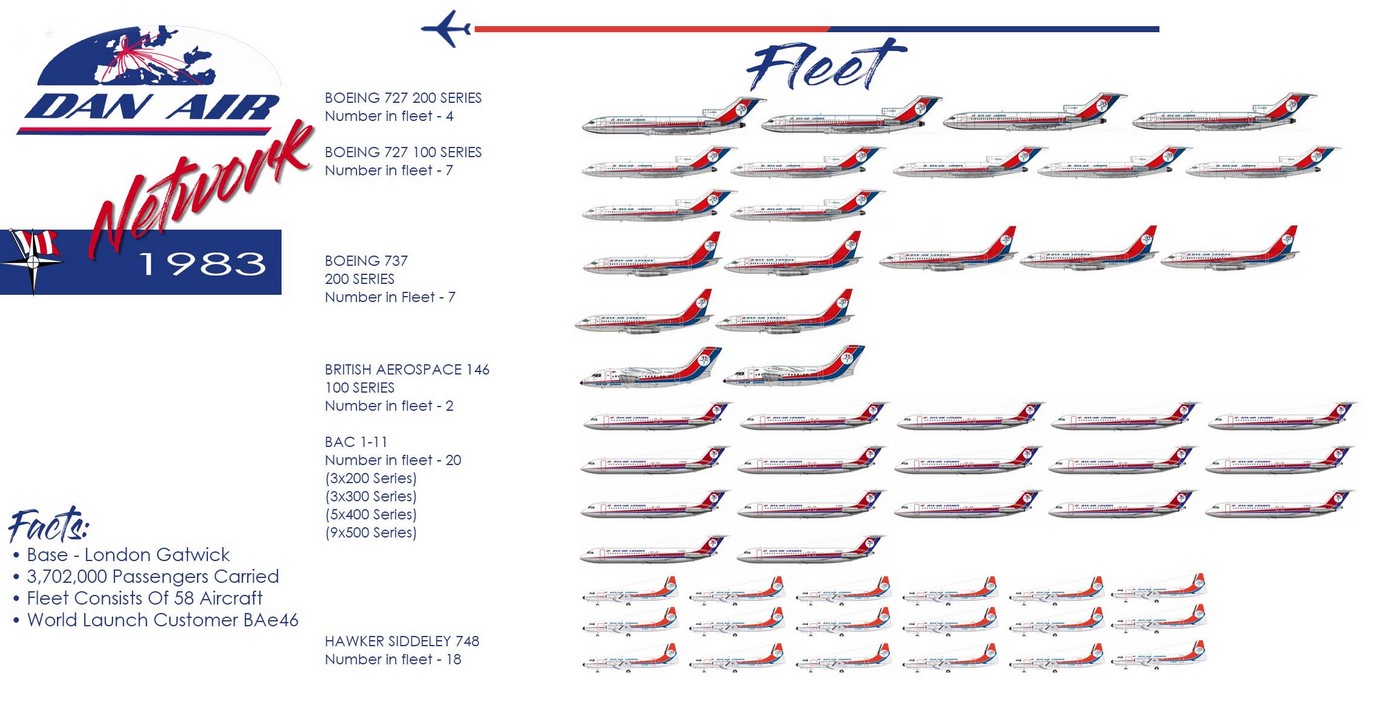 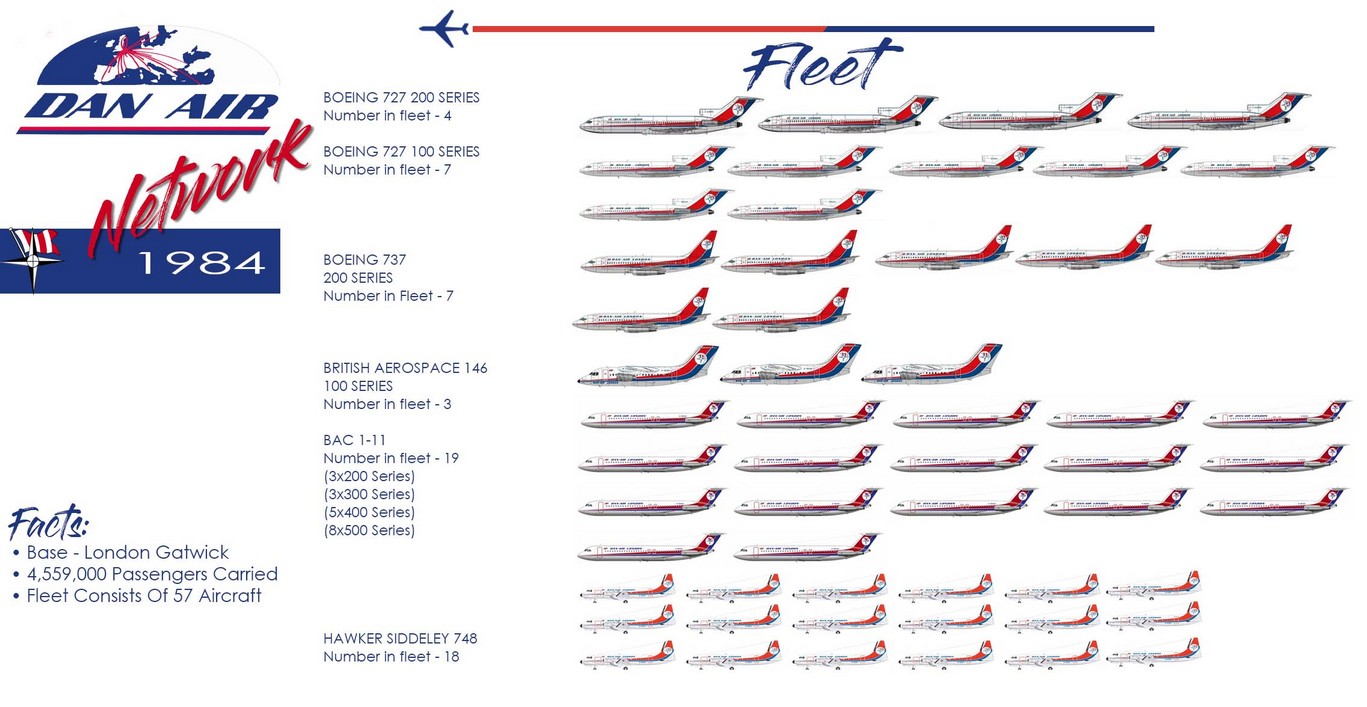 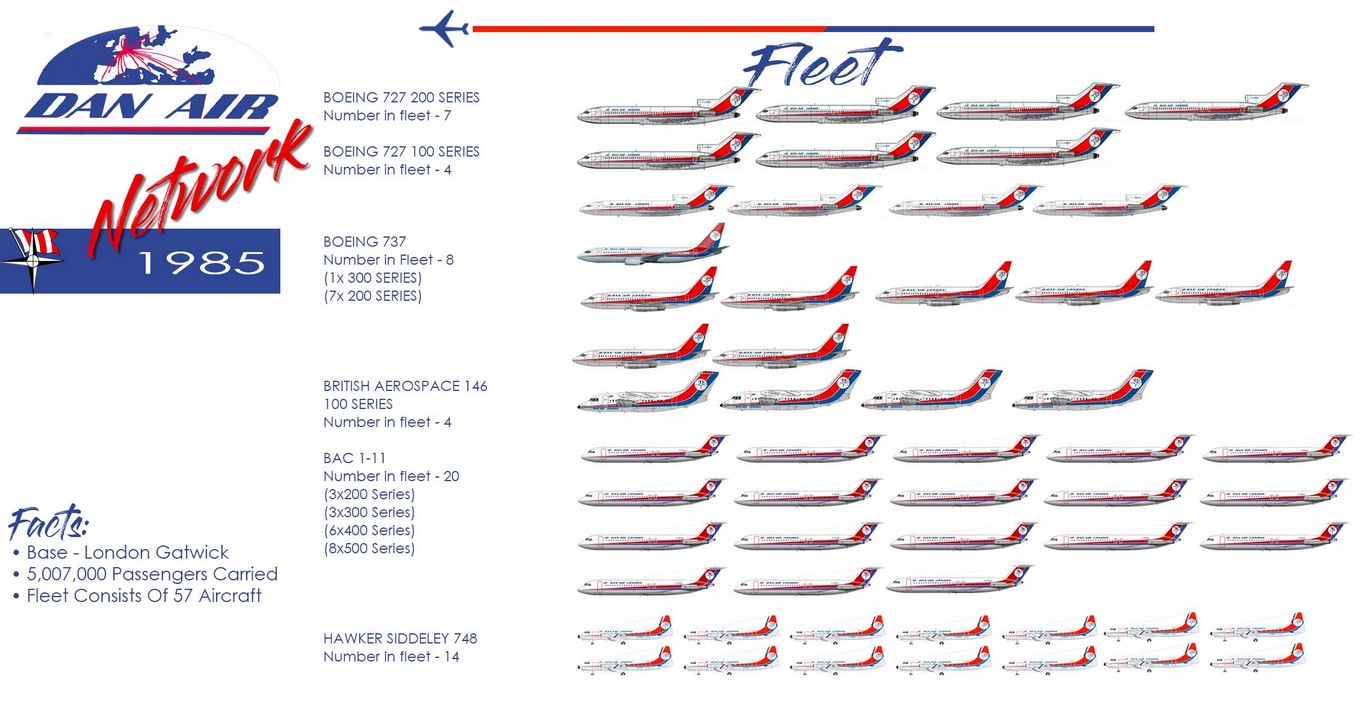 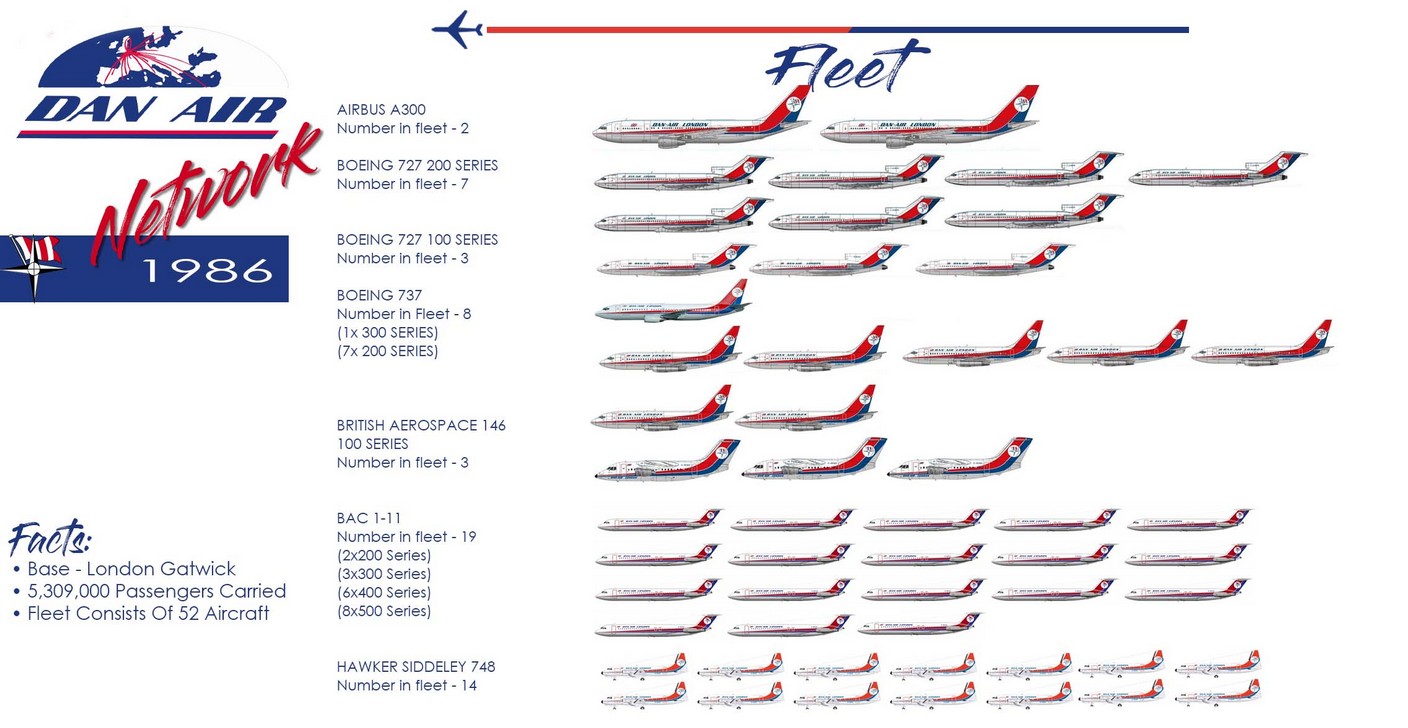 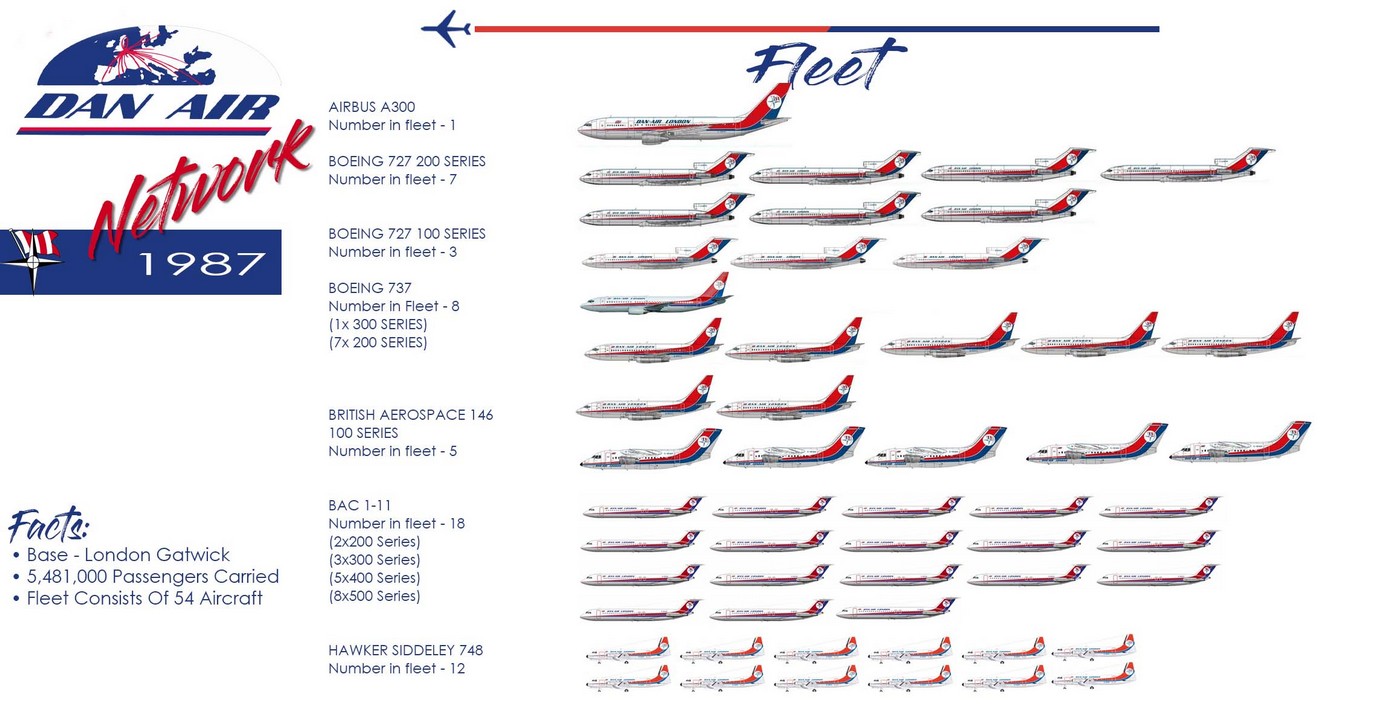 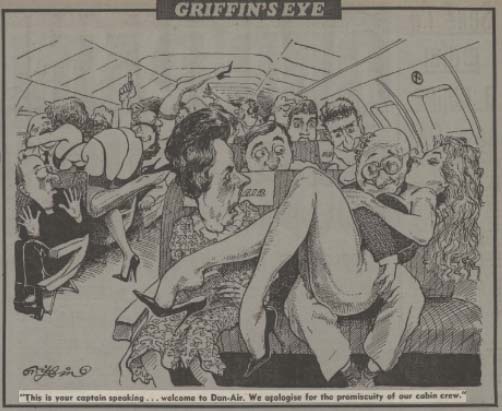 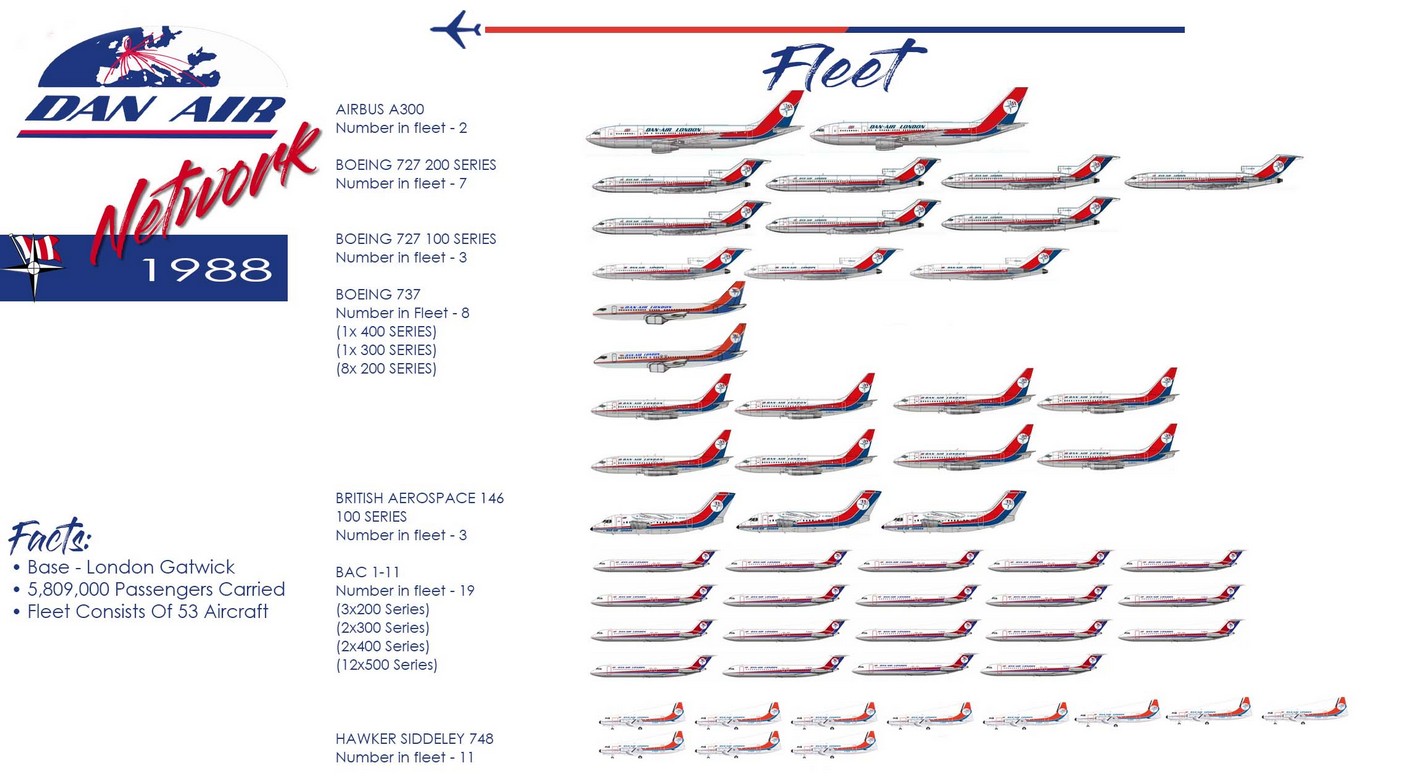 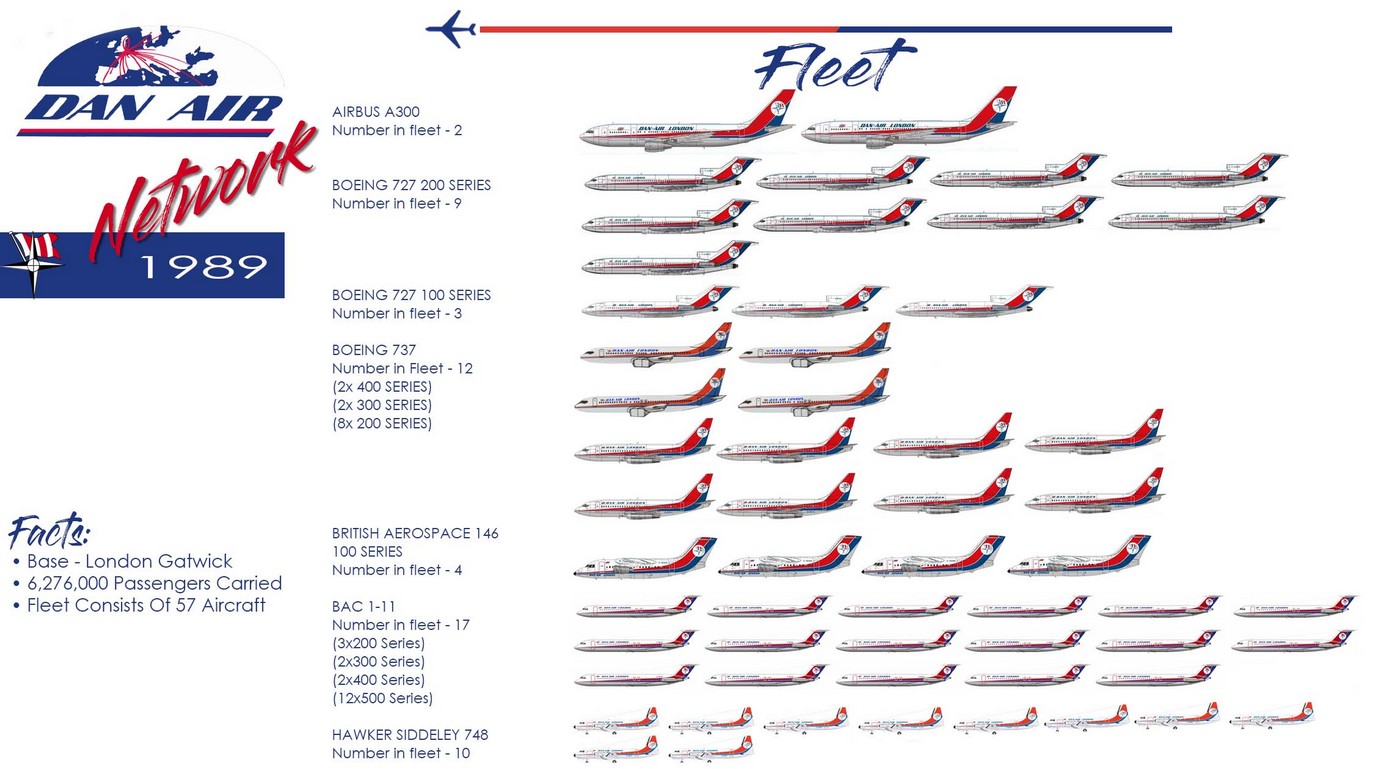